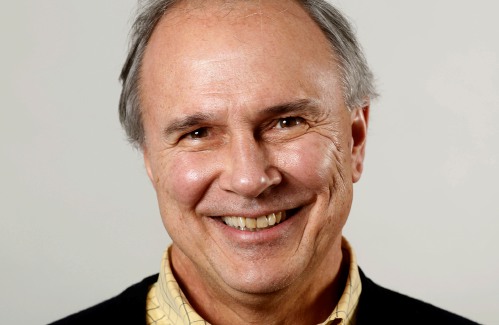 Karen Custer was a math teacher and coach at Kimball Union Academy. She sang in a group at Meriden Congregational Church. She spent summers sailing off the coast of Maine, where her family had a home on an island in Penobscot Bay.

In her early fifties, the mother of two teenagers led active lives and appeared “in perfect health,” said her husband, John, a history professor at KUA. “Physically, there was no way to really know that something was wrong. It took him a long time to tell me anything.

She quietly asked the couple’s youngest son Nicholas, a KUA student, to help her mark the homework.

“She was pretty calm about things, so I didn’t make the jump that something was really wrong,” said John Custer. “She really pushed her way through as much as she could, but there was clearly something going on. She was having trouble with numbers, which is a problem for a math teacher.

His doctor ordered a brain scan. The results showed no signs of a brain tumor, but the news was far from good.

At 52, Karen Custer was diagnosed with Alzheimer’s disease, the most common form of dementia for which there is no cure. She lived nine more years before her death on July 5, 2013.

The disease usually affects older people, but it can also occur in middle-aged people. About 200,000 Americans under the age of 65 are living with what is called younger-onset Alzheimer’s disease, according to the nonprofit Alzheimer’s.

“It’s not just the illness of an elderly person,” Custer said. “The faces of Alzheimer’s disease aren’t always wrinkled.

Since Karen’s death eight years ago, Custer has largely kept a secret about the struggles and challenges his family faced during their long illness.

But with encouragement from Kathy Harvard, whose late husband, Andy, suffered from Alzheimer’s disease at a younger age, Custer agreed to share his family story.

Harvard strongly believes that hearing from people who have seen Alzheimer’s disease up close can make a difference in how the disease is viewed.

“Instead of running away from disease, society needs to be more open,” she said. “We all learn from each other. “

(After meeting Kathy and Andy Harvard in 2015, I wrote about the impact Alzheimer’s disease had on their family. Andy, a world-class mountaineer, passed away in 2019. He was 69 years old.)

Kathy Harvard recently put me in touch with Mick Byers, an Upper Valley nurse who has cared for patients with Alzheimer’s disease and other forms of dementia for over a decade. Byers also encourages families to talk about their experiences with the disease.

“It would be great if we could normalize (the discussions about dementia) instead of stigmatizing it,” he told me.

With the help of Byers, Harvard understood that Alzheimer’s disease is a disease, like cancer and heart disease. “This is not normal aging,” she says.

Currently, 6.2 million Americans are living with Alzheimer’s disease, according to the Centers for Disease Control and Prevention. The number is expected to more than double by 2050, barring major medical breakthroughs.

Alzheimer’s disease and other forms of dementia can not only cause memory loss, but can also affect a person’s judgment, decision-making, and ability to understand instructions, among other things.

By 2004, Karen Custer’s illness had progressed to the point where she could no longer teach.

With their sons in college, John Custer hired a caregiver to stay with his wife part of the day while he taught nearby KUA, boarding school and 200-year-old high school in Meriden.

One spring day before the caregiver arrived, Karen drove a mile and a half to the KUA campus, crossing Highway 120, looking for her husband. She walked into an administrative office of the KUA, where she was recognized.

John Custer was faced with a tough decision. At his age – he was six years younger than Karen – he couldn’t afford to stop working and become his wife’s full-time caregiver. At the same time, it was not safe to leave her alone for even a few hours.

In 2008, Custer moved his wife to an assisted living facility with a memory care unit in Newport, NH. Over the next five years, he would finish his afternoon classes, then get into his car for the 30-minute drive to Newport. . Sometimes they took short walks before dinner.

Custer felt he was luckier than a lot of people in his situation. Karen always recognized him and she didn’t suffer from drastic mood swings. “She was calm and friendly with people,” he said. “She liked the people talking to her, which was nice.”

In 2006, Karen made the trip to Washington to attend her son Nathaniel’s graduation from Georgetown University. Three years later, however, she wasn’t ready to make it to Nicholas’ graduation from US Coast Guard Academy in New London, Connecticut.

Over the years, she lost her ability to communicate and her memory faded.

A person’s life is made up of memories, “but they lost that,” Custer said. “She spent the end of her life not knowing how well her boys were doing.”

On Saturday morning, the annual Upper Valley Walk to End Alzheimer’s Disease will be held at Hanover High School. The event starts at 9 a.m. More information, including how to pre-register, can be found at act.alz.org/upper valley.

Custer, who remarried in 2018, will be among those joining Harvard, which is spearheading the effort. About ten students from KUA, where Custer is in his 28th year of teaching and coaching, will also participate in the walk.

Jim Kenyon can be contacted at [email protected]

18 BC Indigenous Charities and Organizations to Donate to This Week