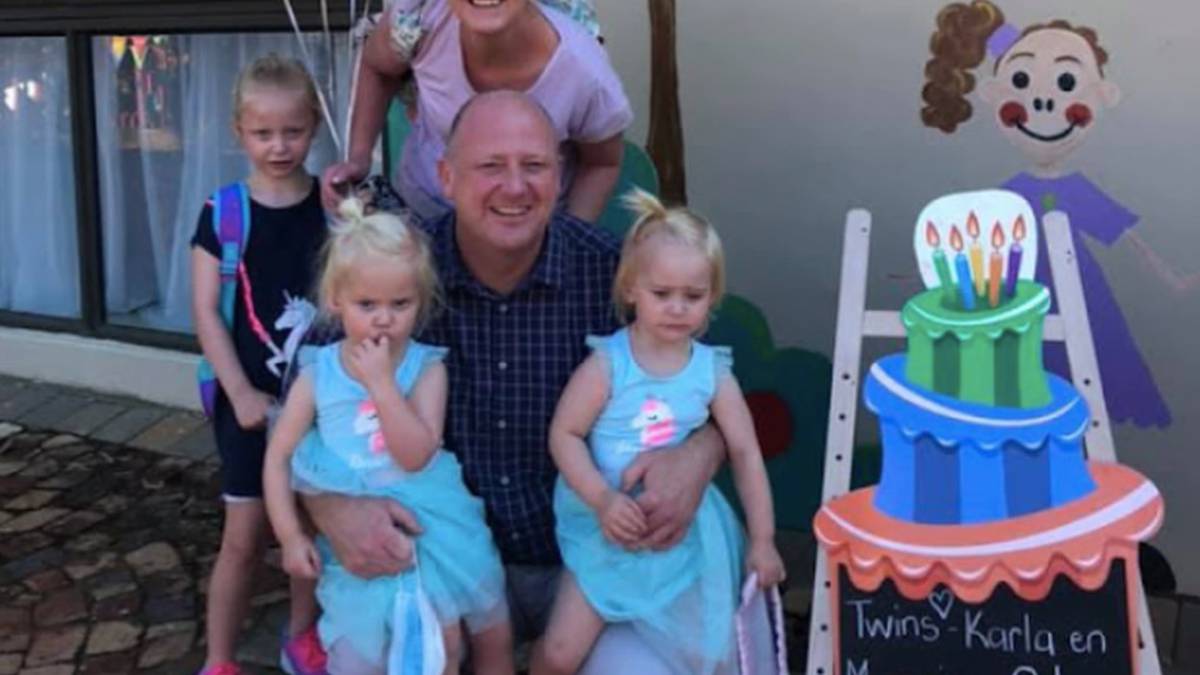 Police have confirmed that three children, all under the age of 10, died at a property in Timaru. Detective Inspector Scott Anderson provided an update at 1 p.m. and said the deceased were siblings. Two were 2 and the other was 6.

The caregiver who worked for Lauren and Graham Dickason says she is struggling to cope after the South African couple’s three young daughters are killed in Timaru.

The children were identified as Liane Dickason, 6, and the twins Karla and Maya, 2.

Their mother, Lauren Anne Dickason, was arrested and appeared in Timaru District Court on Saturday morning, charged with the murder of the three children.

Sibanyoni worked as Helping the Dickason family for three years.

“I shared a lot of things with Lauren. Now I’m broken. I’m not getting through.”

She said the family seemed to have an idyllic life and that she loved the three daughters.

“They were such nice kids. They would listen when you told them not to do that, and when they wanted something, they would ask,” Sibanyoni told TimesLIVE.

“When I walked in they were glad Mandy was there. They were saying goodbye to their mother and ‘we’re going to play with Mandy’,” she said.

Sibanyoni said she was on vacation with the family.

“They all treated me well and I treated them the same. Communication was good,” Sibanyoni said.

She said she spoke to Lauren Dickason in June as the family prepared to emigrate.

“The last time I saw her everything was fine and she was happy to go.”

Sibanyoni said that one of the girls needed multiple surgeries for a problem with her lip.

“I was always with her, telling her not to stress about the kids.”

“They waited years for these kids because she had fertility issues and all that, so it’s really a big shock,” Le Roux said.

She became a qualified independent practitioner in 2007, according to the Health Professions Council of South Africa.

Graham Dickason received his Bachelor of Medicine and Bachelor of Surgery from the University of Pretoria in 2001.

He was admitted to the Fellowship of the College of Orthopedic Surgeons in 2010 and obtained a master’s degree in orthopedics the following year.

The Dickasons had worked at Pretoria East Hospital, a private hospital in the suburb of Moreleta Park, about 12 km southeast of the Pretoria CBD.

Timaru neighbor Jade Whaley told YOU magazine that the Dickasons had been in town for just over a week.

“Can you imagine what this man has to go through?”

She said the family have been silent since moving in next door.

The girl’s grandfather, Malcolm Fawkes, said the family was heartbroken after hearing about the terrible events in New Zealand.

“Wendy and I were devastated to hear late last night of the terrible tragedies our family in New Zealand suffered on Thursday,” he said in a statement released to multiple media outlets.

“Extended families are in a state of shock as we try to understand what has happened. We ask for your prayers and support during this very difficult time.”

She will then appear before the Timaru High Court on October 5.

She was to be remanded in custody at Christchurch Women’s Prison, but a psychologist on duty told Judge Dravitzki it was appropriate that Dickason be remanded in a specialized facility.

NDP’s promises on price cuts and debt forgiveness are ‘big’, but will be hard to keep, expert says

What’s on the Menu Matters in Healthcare for Various Patients