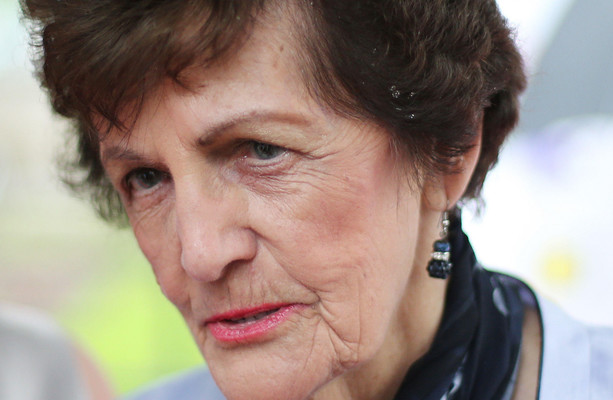 TWO TEST FILES taken by survivors of mother and baby homes against the Irish government are due to be referred to the High Court today.

Philomena Lee and Mary Harney are two of the many survivors of institutions seeking to overturn certain elements of the Commission of Inquiry into Mothers and Baby Homes final report.

Model cases involving Lee and Harney were heard by Judge Garrett Simons in the High Court on November 17-18. A test case is a presented case which would then set a precedent for future cases.

Judge Simons was originally scheduled to deliver judgment in both cases on December 9, but delayed his ruling so he could hear further arguments.

Judge Simons will hear further evidence this afternoon on whether or not the women are identifiable in the final report, as well as alleged violations of the Commission of Investigation Act 2004.

After hearing the additional submissions today, the judge is expected to render a ruling.

The Lee and Harney cases involve sections of the Commission of Investigation Act 2004 – the women contested that they were denied the right to respond before the release of the Commission’s final report in January (section 34 ).

They believe they are easily identifiable in the report. They also believe that some of the testimony they gave to the Commission was misrepresented or omitted in the report.

Women’s legal teams argue that the Commission’s refusal to give them a right of reply violates the 2004 law, as well as women’s human rights under the Irish Constitution and the European Convention on Human Rights. They also claim that there was a breach of due process (section 35 of the 2004 law).

During the two-day hearing in November, Michael Lynn SC, told the court that there was “an abundance of evidence which makes it readily identifiable by reasonably informed persons.”

However, the state argues that the women are not identifiable in the final report.

The women also challenge some of the Commission’s findings, in particular an apparent lack of evidence of forced adoption, forced incarceration, forced labor and abuse – claiming that their evidence contradicts those findings.

Lynn said last month that Lee and Harney “provided evidence to the Commission in good faith” and “in the public interest.” As such, he said women should have had the right to respond and challenge some of the claims made in the final report.

Lynn also told the court that Lee’s testimony to the Commission regarding her son’s adoption was misinterpreted by the government.

He said a claim made in court by Eoin McCullough SC, acting on behalf of the government, that Lee consented to his son’s adoption was incorrect.

Lynn said that although Lee signed the document in question, she had “no other choice” and its contents were never explained to her.

With the commission of inquiry dissolved in February, the women are filing complaints against the Minister for Children, the Irish government and the Attorney General.

During the hearing last month, Lynn said Lee did not understand what she was signing when asked to sign documents that would lead to her son’s adoption. Unbeknownst to her, this led her to relinquish all rights to her son and declare that she would never contact him, the court said.

Lynn said the claim that women like Lee have given “full, free and informed consent” to the adoption of their children is incorrect. He said the report’s statement that women “can withdraw their consent to adoption” was also inaccurate. Lynn said the documents Lee signed were never read or explained to her, so she didn’t understand what she was signing.

â€œIt’s an incomplete and inaccurate picture of what was going on,â€ Lynn said yesterday, later adding: â€œAt a minimum, [Lee] should have had the opportunity to address this [with the Commission]. “

Lynn told the court that the document signed by Lee “was never read to him” and “at no time was [she] never formally requested to take an oath on the document â€- despite this fact, it is recorded as being signedâ€œ under oath â€.

However, McCullough disputed that claim – claiming that while all the details of the document might not have been explained to Lee before she signed it, she knew signing it meant her son would be adopted.

Lynn objected to this position, saying, “She didn’t consent, she had no choice.”

He told the court that if the Commission had given Lee the right to respond before the release of his final report, it would have “clarified” his position. He added that Lee’s statement “noted that the nun gave him no choice” and told him that “her son was going to be adopted.”

In her testimony to the Commission, Harney detailed the mistreatment and neglect she suffered when she was interned and subsequently at industrial school.

Lynn noted last month that the Commission’s final report said there was “little evidence” of abuse, despite Harney “giving clear evidence of abuse” and “recordings of the beating that ‘she received “.

He told the court there was “no mention” of the mistreatment and neglect Harney suffered when she was taken on board from November 1951 to May 1954.

McCullough told the court that Harney may be of the opinion that this evidence “should have been placed in a different section of the report”, but he said his testimony was not “ignored”.

He said he understands that while some of the Commission’s findings “may be upsetting” to Lee and Harney, they relate to questions of “how the report was compiled”, not due process.

In addition to claiming that his testimony contradicts the findings of the Abuse Commission, Harney also requests the deletion of a paragraph which indicates that the evidence that Bessborough’s mothers cut the grass in the lawn with scissors has been “contaminated with a piece of creative writing.” .

Harney said the Commission’s claim is baseless, the court was told.

No news is bad news
Support the journal

McCullough said last month that if the court decides that Lee and Harney are indeed identifiable in the report and should have been given the right to respond before the document is released, the “maximum recourse is limited to a statement that the Commission is failing them. has not provided. with the relevant parts of the report in advance â€, addingâ€œ even that is discretionary â€.

However, the women want certain elements of the report to be overturned through judicial review.

McCullough told the court that the outcome of the test cases could have “very dramatic consequences” for how commissions of inquiry will be run in the future.

McCullough said that if the applicants’ interpretation of the Commission of Investigation Act 2004 is correct, it could “change the way commissions of inquiry work and, I would say, were meant to work.”

He said: â€œIf the petitioners are correct in their interpretation of section 34 of the 2004 law, this could have very dramatic consequences for the way commissions of inquiry are run.

“It could change the way commissions of inquiry work and, I would say, were supposed to work.”

Comments are closed for legal reasons