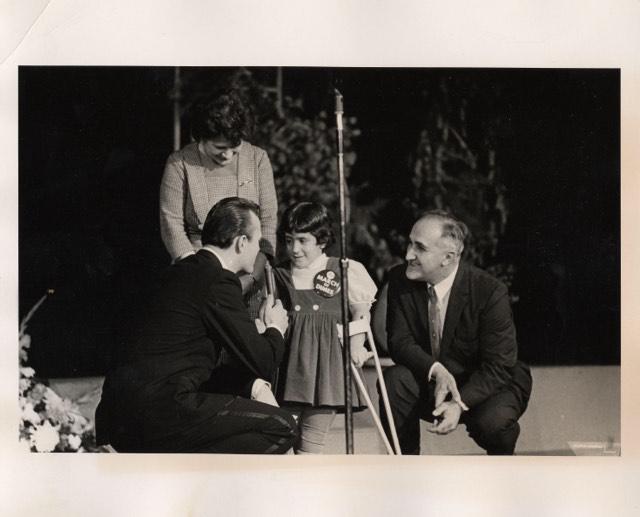 “She was a force of nature”

On September 16, a woman whose life has spanned two pandemics and two world wars died from the coronavirus at the age of 105.

“I can’t believe I have to say my 105 year old mother passed away an unnecessary death,” Dorene said. “Because it shouldn’t be happening yet. “

Primetta’s COVID-19 test results came back positive and she was admitted to the emergency room on September 11. She died five days later around 10 p.m.

When the coronavirus pandemic began, Dorene recalled that her mother mentioned how strange it was for another pandemic to occur in her lifetime. Primetta also couldn’t help but talk about her own mother dying from the latest pandemic 103 years ago.

“People don’t believe in science anymore,” she said. In her mother’s generation, “science is what solves problems,” the reason people lived longer and “the reason I lived more than a few days,” Darlene said.

In June, Dorene celebrated her mother’s 105th birthday. Primetta was a card shark, regularly beating people half her age at Shanghai Rummy.

Primetta was born in Torrington on June 9, 1916. She knew firsthand the effects of a pandemic, as the flu killed people. approximately 675,000 Americans, including her mother, Pasquina Feia, when Primetta was only 2 years old.

After the death of her mother, Primetta’s father did not want to raise her and her younger sister. Primetta was given to a couple in Torrington while her sister was living in Italy. At 13, Primetta and the couple moved to a small village called Marchirolo in Italy near the Swiss border.

She was a seamstress, sewing clothes mainly for the wealthier people. Once Italy entered World War II, the government wanted American citizens to leave the country. She didn’t want to leave, however. Her boyfriend was an Italian fighter pilot, she didn’t speak much English and leaving would prove to be a logistical nightmare.

But his city was not doing very well; people mixed sawdust with flour to increase the bread supply. In early 1941, state police told her to leave the country if she knew what was good for her, otherwise she would end up in a concentration camp, Dorene said.

At the age of 25, Primetta traveled in a small boat with a group of strangers, carrying a suitcase full of Swiss francs, and returned to Torrington. She held various jobs because she was “not easily satisfied”, said Dorene, before landing a well-paying job at a General Motors factory in Bristol working on Norden sights.

In Torrington, Primetta bought a 1940 Chevrolet sedan for just $ 500, according to Associated Press. Primetta believed she was the first woman in town to buy her own car, Dorene said.

Primetta drove her Chevrolet to work, serving as a carpool for others who shared her shifts. One day, a blizzard canceled an upcoming shift, which led her co-worker and later her husband, Umbert “Bert” Giacopini, to invite her out for the first time.

Primetta was a strong woman with strong female role models, Dorene said. Primetta didn’t want to get married for the support; she wanted to support herself. Primetta married him in May 1945. Using her dressmaking skills that she learned in Italy, she made her own wedding dress for just $ 11.

While working at General Motors, Dorene said the two also went on strike often, but growing up during the Great Depression, Primetta knew how to save money.

When Dorene was born in 1960, Primetta quit her job to become a stay-at-home mom. The family of three lived on Sunny Lane in Torrington.

Dorene said it was the first street to be swept every spring.

“She would call the city and raise holy hell until they get there,” Dorene said with a laugh.

Dorene has had crutches for most of her life because she was born with spina bifida, a birth defect in which the spinal cord does not fully develop. the Associated Press said. Primetta was a stubborn activist for her daughter before people with disabilities were protected by law.

Dorene, who then went to Harvard University, remembers attending college in Torrington. The school asked the teenager to attend a lower level class since they were on the first floor, instead of the accelerated class.

Thanks to Primetta’s persuasion, however, the principal moved the accelerated class to the first floor on the first day of school so that Dorene could attend.

“She was a force of nature,” Dorene said.

While a stay-at-home mom, Primetta served as Torrington’s president for March of Dimes, a nonprofit created to fight polio, Dorene said.

“Before, it always collected more per capita than any city,” recalls Dorene.

In October 1975, the family of three moved from Torrington to San Jose, California, believing the warmer climate would make Dorene’s life easier.

In her later years, Primetta lived mostly on her own. She did a brief stint in a nursing home, but was kicked out for not following the rules and making her own rules instead.

“She was in charge,” Dorene said.

Primetta spent the rest of her time living in her California home with the help of a caregiver. She made delicious spaghetti sauce, had a sharp memory, but no filter.

“She was very unique,” ​​Darlene said.

On September 8, Dorene received a phone call indicating that the caregiver was feeling sick, so she asked the caregiver and her mother to both get tested.

The next day, Dorene brought homemade bread and grapes from her garden to her mother, putting them on the porch. They talked for about half an hour while they were socially estranged, even though all three had been fully immunized. Dorene showed Primetta her new wheelchair accessible van.

Twice during this conversation, Dorene heard her mother cough in a way she had never heard before.

“That’s when I was pretty sure she had it,” she said.

This was the last time Dorene saw her mother in person.

Dorene has yet to organize her mother’s funeral. The funeral director suggested that if she was having a ceremony, there should be no food or drink.

She knows her mother wouldn’t want it. So, in the meantime, she’s toasting little toasts here and there to celebrate Primetta.

“I don’t want to be responsible for more people contracting COVID and eventually dying,” Dorene said.

So, Dorene, her friends and family are waiting to be able to organize a more standardized celebration for Primetta.

Plus, “I want to make her some spaghetti sauce,” Dorene said.