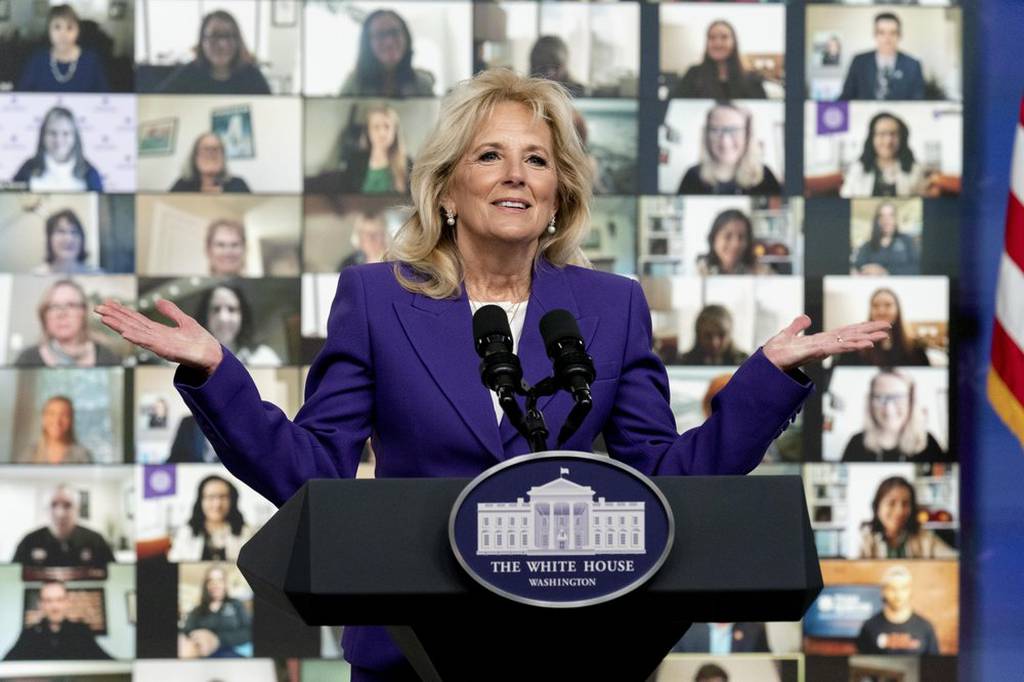 A White House report, due for release this morning, says unemployment among military spouses remains at 22%, leading 39% of military families to discuss leaving active military service. Generated by First Lady Jill Biden’s Joining Forces initiative, the report suggests unemployment can be reduced by increasing access to child care and making the federal government an “employer of choice” for military spouses.

“Most spouses need to work or want to work, and they face barriers that do not allow them to do so. For military spouses, the unemployment rate has been statistically unchanged for ten years, ”Rory Brosius, executive director of Joining Forces, herself a military spouse, told the Military Times.

Brosius suggests that the lack of economic opportunities for spouses has a significant impact on retention of service members, as the report points out that half of the force on active duty and 44% of the National Guard and Reserves are married. Additionally, the report details how during the COVID-19 pandemic, 34% of military spouses reported losing their jobs, putting further strain on military families.

To tackle issues like this, Brosius says Joining Forces is expanding the use of surveys and data collected across the federal government. Ideally, according to the report, this collection and sharing of data will be ongoing and reviewed at regular intervals so that policies can be adjusted or developed in the best interests of the military.

“As we chat with our agency colleagues, we realize that there is sometimes a gap in the types of data we collect on military families compared to their non-military peers,” Brosius said. “Being able to paint a picture of the overall similarities and differences allows us to think about where solutions in different populations might evolve or apply to others. “

An example of a solution identified by Joining Forces is to make the federal government an “employer of choice” for military spouses. According to Brosius, military installations often house various federal agencies. Thus, Joining Forces places a strong emphasis on ensuring that spouses know these jobs are available while directly matching job seekers with employment opportunities within the federal government.

“One of the most exciting commitments in the report we’re releasing is that all federal executive agencies have joined the Military Spouse Employment Partnership, and it’s going to really make it easier for them. We will make it easier for hiring managers to find talented military spouses, ”said Brosius.

Not only will military spouses be identified and assisted throughout the hiring process, but the program will match them with jobs that fit their lifestyle, especially remote work, Brosius said.

According to the report, the Department of Defense will launch and provide free subscriptions to a dedicated job search website for military spouses seeking remote work opportunities. In addition, a new “concierge” service will match spouses with vacant positions in federal agencies with those seeking employment. The hope is that these spouses find a job to take with them if the family is transferred to another duty station, which will lead to increased retention.

The issue of child care goes hand in hand with Joining Forces’ emphasis on employment, according to Brosius. Without it, as many discovered during the COVID-19 pandemic, work remains a challenge.

“You can’t really have a conversation with many military spouses about employment without talking about high quality child care. There are waiting lists that make it difficult for families to access [care]so that’s an area we’re really focusing on, ”Brosius told the Military Times.

To help with child care, the DoD, in conjunction with Joining Forces, is piloting a new program to address the issue. The “Home Child Care Provider Assistance Program” is for military families who have determined that home child care is best for their needs.

While the pilot will last five years, the first year will target five locations with the highest demand. These locations include Hawaii, San Diego, Norfolk, San Antonio, and the National Capital Region. The DoD’s budget request for fiscal year 2022 includes $ 5 million for the program. The amount of monetary assistance provided to service members will vary depending on the total income of the family requesting the assistance and the in-home rate of the child care provider.

Brosius hopes that the proposals in today’s Joining Forces report are the first in a long series, and that the initiative will remain unchanged, regardless of the party of the next president. Joining Forces was created in 2011 by the Obama administration, discontinued by the Trump administration, and then re-established in May 2021.

“We hope that each [future] the administration takes care of this work as a priority. This is not a partisan issue, ”concluded Brosius. “It’s about our military families, our national security. Being able to set a battle pace for this work and prioritize it no matter who sits in the White House is extremely important to us. “

James R. Webb is a rapid response reporter for Military Times. He served as an infantryman in the US Navy in Iraq. In addition, he worked as a legislative assistant in the US Senate and as an integrated photographer in Afghanistan.

Troubled readers need help based on the science of reading