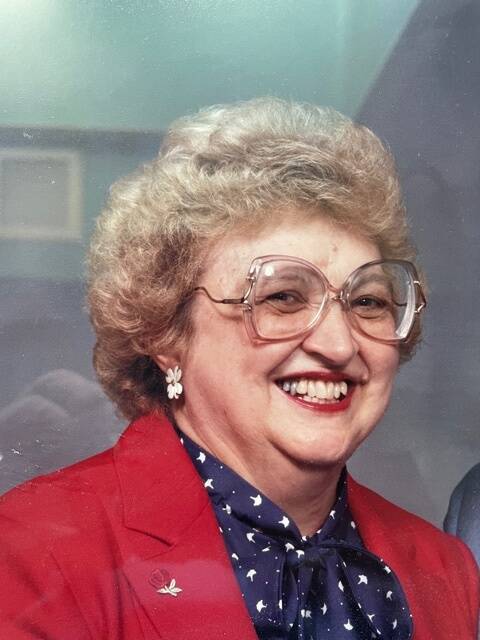 MAYSVILLE – Georgie Elizabeth Crain Shanklin, 90, of Maysville, went to be with the Lord on Tuesday, September 28, 2021.

Georgie was born on October 31, 1930. She grew up in Fleming County on her family farm in Poplar Plains. Georgie loved animals and spent countless hours with her cats, horses and sheep on the farm. Georgie graduated from Fleming County High School in 1948. She enrolled at Kentucky Wesleyan College in Winchester. In the summer of 1951, Kentucky Wesleyan College was transferred to Owensboro. Georgie graduated in 1952 and was a member of the First Class of the Owensboro Campus.

In March 1950, his parents bought a farm near Lewisburg. After graduating from college, she returned home to live with her parents. In the fall of 1952, Georgie was hired by Maysville Independent Schools to teach third grade at Forest Avenue Elementary School. In 1953, she transferred to Woodleigh Elementary School to teach second grade. She continued to teach for independent schools in Maysville until the birth of her first daughter.

On June 30, 1956, Georgie married John Shanklin. The couple moved to the Shanklin family farm, built a house, and raised two daughters. John and Georgie raised beef cattle, grew Burley tobacco, and owned and operated tobacco warehouses in Paris and Maysville. Above all, Georgie loved to be a wife and a mother. She spent her days doing the chores that came with life on the farm. Georgie was very involved in her children’s education, where she served as PTO President, held various positions in school organizations and community programs.

Georgie was a woman of strong faith. Throughout her life she would sing at various church functions. She was a member of the Central United Methodist Church. In addition to serving the Lord faithfully, she loved her parents, husband, children, family, friends, neighbors, and pets.

Years later, she would be known as “Nana”. She looked after her three precious grandchildren, every day until they went to school. His love and dedication to them didn’t end when they entered school. Nana was well known at St. Patrick’s School. She was a huge fan of all the activities her grandchildren participated in. It was no surprise to find her also attending school events away from home. She enjoyed talking on the phone, watching TV, eating Hardee’s cookies and gravy, feeding the birds, seeing family and friends, watching a sunrise or sunset, or spending time outdoors thinking about creating God.

She was predeceased by her parents, Floyd Markwell and Pattie Garnett Crain; his son-in-law, David Throckmorton; and the father of her children, John Shanklin.

Funeral services will be held on Saturday October 2, 2021 at noon at May’s Lick Cemetery under the presidency of the Reverend Eric Patterson.

Memories can be made to the charity of one’s choice.

Moore and Parker Funeral Home are making the arrangements.

Condolences can be sent to MooreAndParkerFh.com

Troubled readers need help based on the science of reading