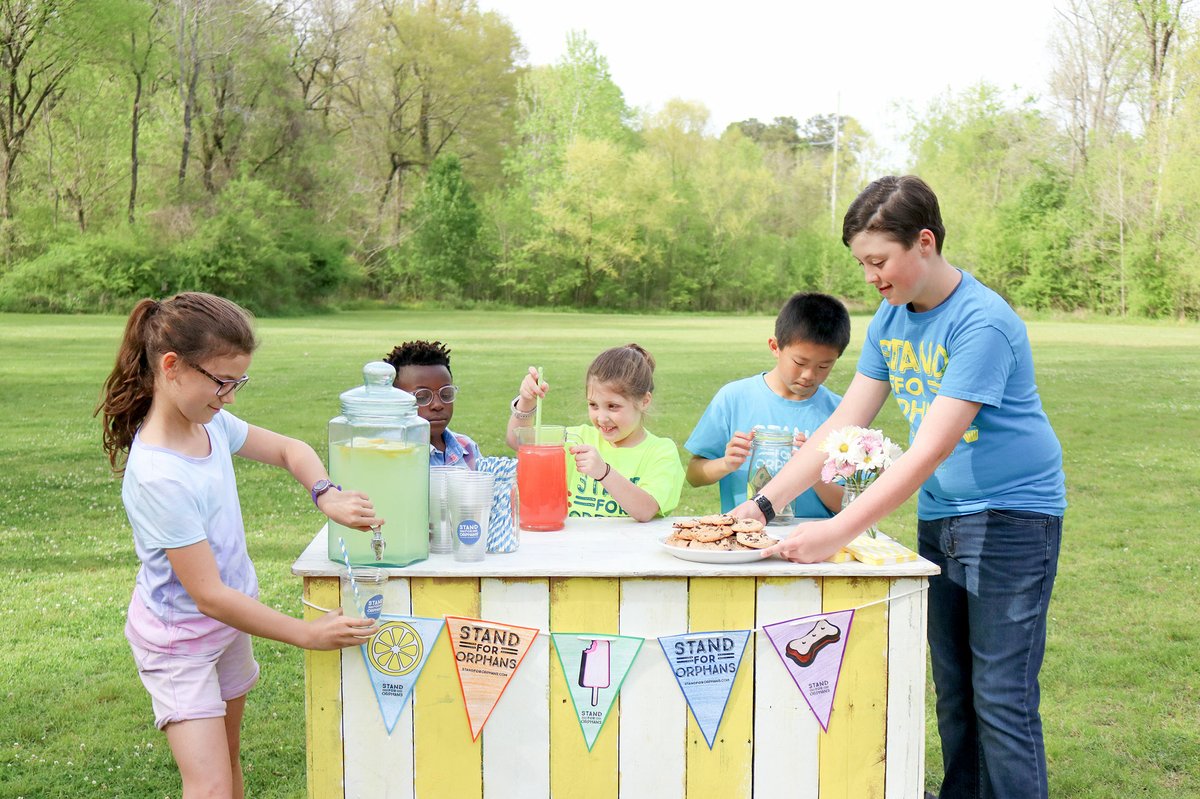 What started as a lemonade stand on a hot summer day in 2015 has turned into an international fundraiser.

When Herbie Newell’s three kids wanted to run a lemonade stand, his wife took them to a local dog park and spent the day there, earning a total of $20.

“The kids asked if they could donate the money to Lifeline,” said Newell, who has served as president of Lifeline Children’s Services for the past 18 years. “They said, ‘What if we had someone dad knows to agree to match what we earn and encourage the kids to fundraise and someone can match all of that? We ended up raising $120,000 that summer through success.

Newell said that over the past few years they have continued with the same model and people from all 50 states have participated. In 2020, fundraising shifted to an online platform due to the pandemic, as children created YouTube videos and sold bracelets and crafts.

“It’s truly amazing to see thousands of children across the country taking a stand for orphans,” he said.

Since the Stand for Orphans fundraiser began seven years ago, a total of $353,630 has been raised, not including matching donations. This year, Stand for Orphans started in June and will run through August. However, anyone can participate at any time of the year. An instruction kit is available at standfororphans.org.

“It’s minimal work for parents – kids have to do the heavy lifting, own and be responsible to be able to do something and see how their hard work and effort makes a difference. You can see the pure joy of children who are not measured in dollars and cents, but in someone else’s name. We are creating a generation that will look outside of themselves and be willing to help others,” Newell said. .

Local businesses are also involved to help raise funds for the cause. The Sweetest Booth, a cookie shop in Dunnavant Valley, will ship lemon cookies to all 50 states; Chick-fil-A Greystone is donating $1 for every lemonade sold July 12-23 and Papa Murphy’s is donating $1 for every ‘Little Murph’ pizza sold at all Southeast stores throughout August .

Lifeline Children’s Services was founded in 1981 and serves vulnerable children and families through private domestic and international adoption, family restoration, and pregnancy counseling. It is also a sister program of Save-A-Life.

Newell’s wife, Ashley, served at a crisis pregnancy center (Save-A-Life in Vestavia) and it was there that her passion for helping women and children blossomed, he said. declared. The couple tried to challenge each other and pray to help the women and children Ashley worked with on a daily basis. It was what led Newell to quit his job at accounting firm Warren Averett after five years and start his role at Lifeline in 2003. The organization has since grown from 12 employees to more than 200.

Based in Birmingham with an office off Brook Highland Parkway, Lifeline Children’s Services is the largest evangelical Christian adoption agency in America with offices in 16 states, serving all 50 states and working with 24 different countries around the world.

“We help women through pregnancy and ultimately help care for children on the other end of the pregnancy as well,” Newell said. “We try to recruit families to be a safe haven and a safe haven for foster children in the United States. We also help with reunification to obtain [children] reunited with their biological families. We provide counseling and education services to people in foster care or who have been adopted and who have traumatic backgrounds and learning difficulties that we want to help them with. We also provide guidance to children and parents so that they thrive as a family.