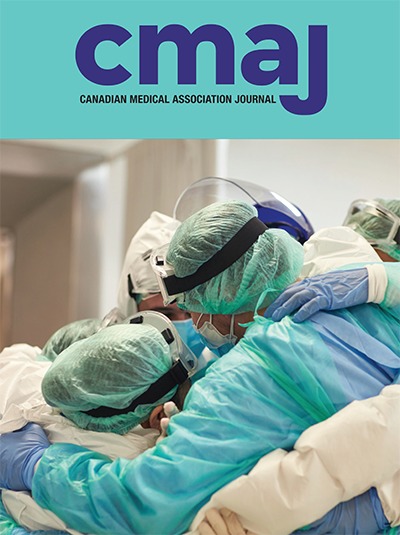 “Do you want some water?”

She nods. I open my mother’s hands, withered and weak as they are, so she can grasp the glass between them. I watch her face as she drinks slowly; worn lines reveal a story of struggle and heartbreak. I pick up the glass and put it down. Then I take her hands in mine and massage them, gently warming them and rubbing them together.

Doctors say it’s not ALS [amyotrophic lateral sclerosis]. Maybe something post-viral, but they don’t know why she can’t reach out or walk on her own anymore. The intravenous immunoglobulin didn’t work and they don’t think she’ll get better.

There is no remedy.

And so, I massage her and squeeze her hands, hoping that one day she will close. Hoping.

Close-up photograph of the hands of the mother and daughter depicted in this article. They wear red and white bracelets, a traditional symbol of their Yezidi culture.

These are the same hands that knead the dough every day to make our traditional Yazidi bread. As a girl, she never went to school or learned to read Kurdish, but she taught us about our Yazidi culture. She taught me how to make our red and white thread bracelets which remind us of Yazidism, our religion. She taught me how to make our bread. I can almost see that memory of her smiling, throwing floured circles on the pan over the open fire. It was a very long time ago. It feels like another life – life before the genocide.

We Yazidi are a small minority who lived in the mountains of Sinjar, Iraq. We were farmers; we kept sheep. We lived quiet lives. Then in 2014, ISIS arrived.

I may have been nine years old then, but I will never forget the day we were taken from our homes. I’ll never forget standing on the stairs, my dad looking me in the eye, mustering the most reassuring smile he could and telling me to leave the house with my mom, saying he’d be joining us soon. “It’s good,” he said. “It’ll be OK.”

I never saw him again.

Although I know they rounded up all the Yazidi men to slaughter them, part of me imagines that somehow only he escaped and one day he will appear.

That’s how it started. We were one of many torn, separated families. From there, women and children were herded like cattle onto buses, sold like commodities to buyers who looked us up and down. It was my mother’s strong hands that held me close to me and my two little brothers. When my little sister was separated from us and taken to another camp, it was my mother’s comforting hands that wiped away my tears.

I never saw my sister again.

I try not to think about all the girls being sold into slavery, what they were forced to do. What she was forced to do.

I remember the tight grip of my mother’s hand pulling me that night as we fled in the dark. “To run!” She had shouted, “Don’t look back. Never mind the shots. Just hold my hand and run with me.

And so, we ran. We fled our captors to a Yazidi camp and later came to Canada as refugees. I went from a damp, cold tent with no running water, a place where we were always waiting for food, to suddenly being enrolled in a Canadian Grade 7 class. It was quite a shock. Everyone thought I spoke Arabic and was a Muslim. They didn’t understand why I was struggling. But we had hope. Life would be better now. We were safe.

But there were days when it felt like my mom never stopped running. She would have flashbacks of monsters in the dark and have panic attacks. At the thought of my lost sister or father, she would again be engulfed in terror. She would turn to stone – silent, stiff, staring, almost as if she had stopped breathing. I got into the habit of holding her, calming her down with the sound of my voice, telling her to breathe, wiping the sweat from her brow with a damp cloth. I would wait for the episode to turn into tears of grief. “It’s okay. It’ll be fine.”

And then she got sick. She couldn’t walk, she couldn’t use her hands. The way she said my name was long and awkward. At first we thought it was a stroke. I stayed with him in the hospital. Test after test did not reveal a diagnosis, and doctors seemed to lose hope that she would recover. I remember the way she looked at me after a doctor left the room, her eyes slowly searching my face for answers, explanations I didn’t have or didn’t understand.

Where is my father?

It’s a good question. I pray daily on this issue.

I mostly try not to think about it. My mother needs me now. I can’t afford to think dark things when my mom is relying on me to navigate life in Canada, to translate and help her understand this world. My brothers need me now too. They expect me to do everything my mother can no longer do. My people need me. I remember when my brother hit his head running through the refugee camp, and it just kept bleeding. My mother was frantic, desperately trying to get someone to help her. It was the people from the camp who ran towards us, using old fabrics to stop the bleeding. The day we left camp for Canada, I remember seeing the faces of those who weren’t as blessed as we were. Children huddled in makeshift tents, live wires dangling from someone desperately trying to get a radio to work. Some were sick, but they had no access to medical care or medicine.

And that’s why the grade 10 science exam was so important. If I want to become a pediatrician again for those who remain, I have to do it here. If I want to bring healing to my people as a doctor, I must succeed. I can’t give up, no matter how difficult it is today and what challenges lie ahead. We have hope. Life will be better now. We are safe.

That’s what I think.

I think of my mother who may never again bake bread, never again be able to drive away my brothers, never again embrace me in her strong arms. I think of her shrunken figure, erect and unable to take care of herself, her hands clasped to hide their misshapen form. She looks so small now. So fragile.

As small and fragile as any elusive hope that might remain. Hope stifled by disease; hope chased by monsters in the dark; hope stifled by grief and loss.

I look up at my mother’s face while continuing to massage her hands. She always knows what I really think. She tells me not to worry about her, just go back to school. She tells me she is fine. His words are slow, laborious. His hands seem small and wrinkled, cupped in mine. I hug her and smile.

This is an open access article distributed under the terms of the Creative Commons Attribution License (CC BY-NC-ND 4.0), which permits use, distribution, and reproduction in any medium, provided that the original publication is properly cited, the use is not commercial (i.e. for research or teaching purposes) and no modifications or adaptations are made. See: https://creativecommons.org/licenses/by-nc-nd/4.0/

Lima Manor will close by the end of the year

Memoirs of the Culpeper area community of August 7, 2022 | Lifestyles

Would an innovative approach to child care work in Knox County? | The…